The restoration of the Mosaic of Alexander

The current situation: looking back in time, the reasons for a restoration.

Millions of tesserae make up an exceptionally large surface (5,83m for 3,13 m): in the exedra of the House of the Faun, the big mosaic floor was the heart of a refined iconographic “architecture”. When it came to light in 1831, it was immediately clear that it was a masterpiece, not only for the uniqueness of the representation and of the size, but also for the good state of conservation: the large damaged parts, indeed, concerned only the left part of the scene, without undermining the central focus of the whole figure. “Lifting” the mosaic from its original place, in order to carry it to the Royal Bourbon Museum, was a quite difficult decision to make: after 12 years of strong debates, a commission voted for the removal and, on the 16th of November 1844, the mosaic was put into a box and started its slow journey from Pompeii to Naples, on a cart pulled by sixteen oxen. During the trip, an accident occurred at the height of Torre del Greco and put the work in danger of being damaged: the box fell down on the street. Finally in January 1845, it was possible to open the box and check whether any damage had occurred: fortunately the mosaic was intact. The first destination for the Battle of Issus was, therefore, the floor of room CXL, according to the project of architect Pietro Bianchi; it was the Museum director Vittoria Spinazzola who in 1916 ordered the current exhibition on the wall, in the newly designed mosaic collection rooms. Since then, throughout the century, the “Mosaic of all records” has been capturing, with its magnetic beauty, the attention of visitors from all over the world: behind the fascination of a timeless masterpiece, scientists and experts work constantly on maintenance and conservation of a work which, despite appearance, is intrinsically very fragile. The restoration of the mosaic is going to be a complex one: conservation, positioning, weight (approximately seven tons) and its importance from a historic and artistic point of view, all emphasize that a very meticulous and precise final project is necessary. The Mosaic of Alexander shows, indeed, various conservation problems, namely detached tesserae, as well as cracks, little bulges or else depressions on the surface. In particular, the central area on the right shows a visible depression; along the perimeter of the mosaic, there are various bulging points, probably due to the oxidation of metal elements contained in the wooden frame, added up during the moving operations in 1916. Moreover, there are some horizontal and vertical micro-cracks, plus a transversal crack , which were already treated by applying special thin paper bandages, so called “velinatura” technique, in past interventions. Over the last twenty years, diagnostic research carried out on the mosaic gave an important contribution to detect the need for a general restoration: beside conservation reasons, it emerged the need for a better and more organic comprehension of the work. The diagnostic surveys have consisted of two most significant steps: in 2015, thanks to the contribution of IPERION CH.IT and of the CNR-ISTI of Pisa, a research on the whole condition of the work has been carried out, allowing a distinction between original constituent materials and those ones belonging to ancient and modern restorations. In 2018, with the participation of the University of Molise and the CNR a detailed high-resolution photogrammetric survey has been developed: the 3D model was enriched by a geo-radar survey to check the conditions of the support. These operations have made it possible to appreciate those cracks which are invisible to the human eye, as well as some flaws in the layers of the support.

A work-in-progress journey through diagnosis, technology and restoration. According to the research data, it seems likely that the present deterioration is due to the oxidation of iron reinforcements and to the degradation of mortars: these are the factors responsible for the serious depression observable in the central/right area of the mosaic surface. This state-of-the-art is certainly worsened by the weight of the mosaic and by the vertical position, both of which might have caused the sliding down of the most superficial layer of mortar and tesserae. A special attention will be devoted to environmental and micro-climatic conditions, in order to define their role in the process of degradation of the mosaic, but also to identify the best characteristics for future display arrangements, in terms of lighting and thermo-hygrometric conditions. The restoration project, based on the principle of the minimum intervention and aimed at the conservation of the material integrity of the work in the current state, will consist of two phases: after the first phase is concluded, the Mosaic will be moved, in order to explore the back support panel and check its conditions, as to be able to assess as more comprehensive interventions as possible. FIRST PHASE: The planned intervention, to be executed in situ, through a construction site which will be there for all to see, is aimed at the stabilization of the mosaic surface before the removal and transferal of the work. This phase will include: An accurate visual and tactile inspection of the whole mosaic surface; Pre-reinforcement of detached tesserae with corresponding layers of mortars; Cleaning; Applying support bandages (velinatura) all over the visible surface. In a second moment, the mosaic will be covered by a wooden protection panel, then it will be embedded into a metal frame, in order to be removed from its current position, using a specifically designed mechanical system. The direct survey will be enriched by further instrumental analysis, which will contribute to better define the interventions, as they had been planned in the first phase, identifying all the operations to put in practice on the support to guarantee the conservation of the whole work. SECOND PHASE: The second and final restoration phase, therefore, will primarily affect the support of the mosaic: all interventions will take place on the back of the work. In order to protect no longer visible mosaic tesserae, which are covered by the wooden panel, a significant technological contribution will be provided by TIM company: TIM has manufactured special smart glasses to be worn by restorers, which will allow them to constantly monitor, beside the area of the intervention on the support, the correspondent non visible tesserae on the other side. With a surgery-like methodology, instruments will allow: 1) A one to one scale projection of the mosaic on a specific surface, a wall or a cloth. The projection will be a work tool for restorers, but it will also allow the public to see what happens inside the construction site; 2) the projection will be enriched by a series of geophysical parameters emerged by the survey: these parameters will be checked in real time by technicians, who will be able to analyze all the data on the mosaic as a whole (support and surface). Once the repair works on the support are concluded, next steps will include the removal of bandages applied during the initial phase of intervention, the cleaning, any further reinforcements needed and the final protective treatment. The restoration project will become, in this way, an opportunity to enhance the value, also in the perception of the public, of the complex research carried out, as well as of the methodology that has been adopted: it will be a very special experience to be able follow the different phases of the work, with a special attention paid to the integration of the contributions of so many different professionals, which are at the heart of such an important event at an international level. 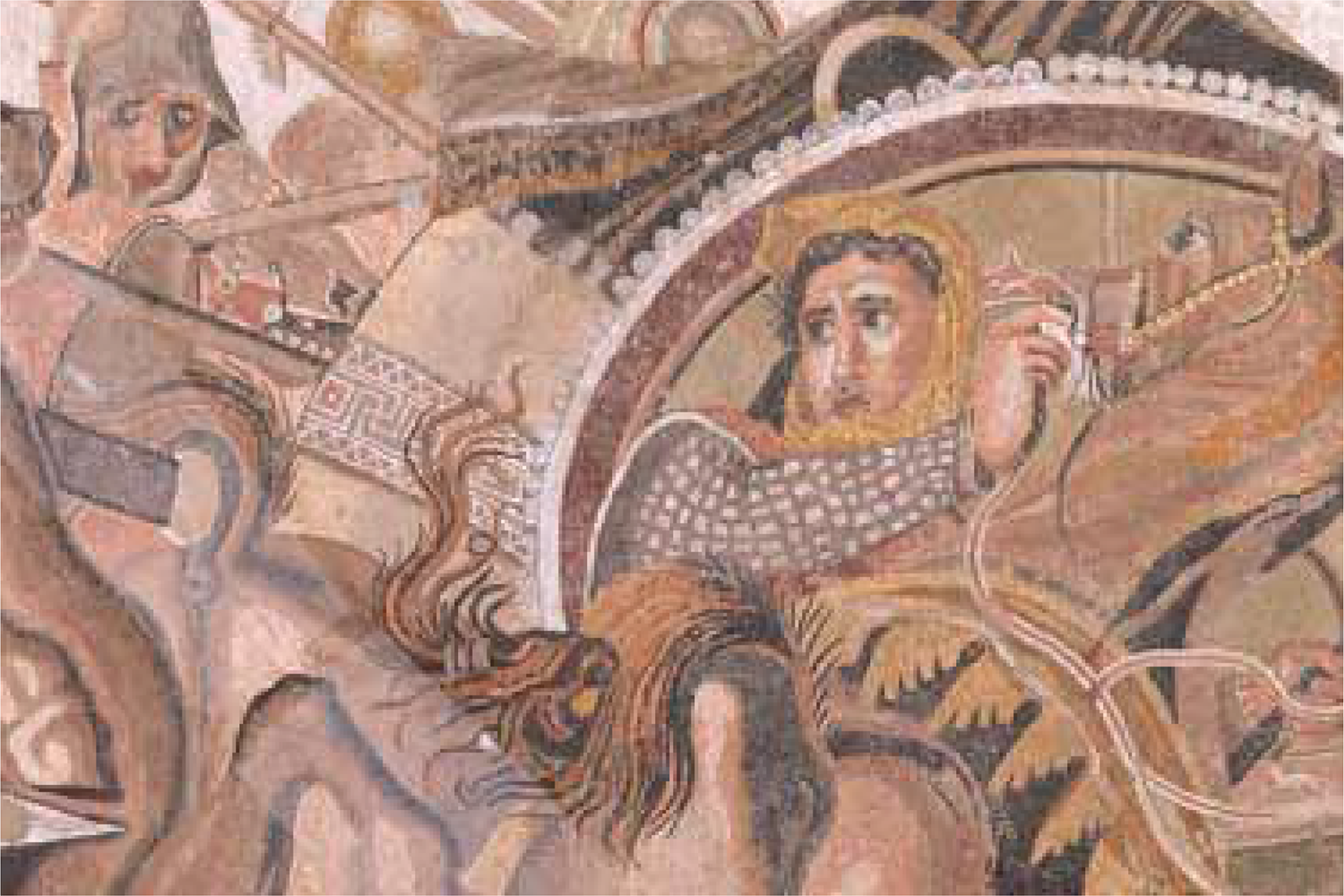